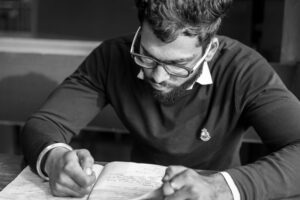 As stated by Mr. Steve Jobs

In the 20th Century, meaningful education was all about learning your ABCs. Today, it’s centered on Alphas, Betas, and C++. Programming skills are becoming ever more important, quickly turning into the core competency for all kinds of 21st Century workers.

In B. S. Anangpuria Institute of Technology & Management at our department of Computer Science & Engineering, we start our student with basic Essence of Information about a Visual programming in our Visual Programming Lab.

The Visual Programming Lab comprises of a couple of Sections and Practical’s which provides the students to increase their knowledge of their everyday tools.

Visual programming is a powerful programming language which provides a convenient method for creating programs by manipulating program elements graphically rather than by specifying them textually. Visual Basic is an object-oriented and event-driven programming language. The term ‘object-oriented’ means that the program presents data to the user in a consolidated and simplified way so as to make the creation of applications easier. Event-driven refers to the way Visual Basic actively responds to the user’s instructions and actions.

Students of a Visual programming lab course could learn to build user interfaces, manipulate and organize data, and manage the flow of programs., computer programming languages are also changing.

The course content is designed to understand and implement the event-driven requirement of the user and providing a solution via Visual Basic Programming. The first part covers most of the Visual Basic language structure and syntax, as well as how to use features of Windows Forms and Controls to make programs with graphical user interfaces, Microsoft Visual Studio.NET Environment, Controls and graphical user-interface, Basic algorithm construction and programming methodology

The second part interest the students a lot as they are going to learn about different types of controls, properties which are used to develop a window form like designing a calculator program using all these controls and properties.

In the third part, the students are provided with the detailed knowledge of VB Libraries. One of the strengths of Visual Basic, from its beginning, was its huge library of functions. VB offers a rich set of built-in functions for manipulating strings, numbers, dates and time.

The last and the final part is intended to provide a detailed overview of developing applications that work with databases using Visual Basic and ADO.Net. As they develop these skills, students might manage databases and create a web application.